Last year’s gift knitting experience was a chastening one. The final knit gifted was completed on the 8th January. Whilst the fact that my nephew received it wrapped up with the sleeve stitches on waste yarn does not appear to have dampened his enthusiasm for his sweater, it dampened my enthusiasm for last minute gift knitting. This was reinforced by the fact that my niece never received the sweater I was knitting for her until this October. Now, she didn’t know anything about it being a delayed Christmas gift, but I did. It sucked the pleasure out of the final stages of knitting such that it languished so long that I even forgot what pattern I was using for it. When I picked it up I was baffled as to why the stitches on the needles didn’t match any of the stitch counts on the pattern – it was the wrong pattern and I had been knitting something else altogether.

So, last January as I cursed how long sleeves take to knit, even on a kids sweater, I was also making a New Years Resolution to myself – no more last minute gift knitting. Now, it’s not the first time I’ve found myself in this position. Indeed I even wrote about it here. I spoke of ‘self delusion’, ‘seasonal pressure’, ‘deadlines’. So this is a lesson that it’s taken me a while to learn, but I think it may just have sunk in….

First up in the gift parade is 7 pairs of socks – all small socks mind you – but 7 pairs. They will be gifted to my great nephew with Elizabeth Lindsay and Nick Sherratt’s ‘Socks‘ picture book.

I’ve really enjoyed knitting these socks. I’ve paced myself. I actually started the first pair last December. Back then I didn’t have this gift in mind instead I was keen to try out a pattern which I’ve written about and will post shortly. The pattern is from 1943 pattern booklet and they’re knit top down with an afterthought heel. This makes them perfect for contrast heels, toes and cuffs.

Each pair takes a total of 30g of yarn so they were great for leftovers from other projects, although of course, once the idea of knitting more of them as a gift came to mind, it was perfectly acceptable to go and buy yarns for a couple of pairs… They’re also small and very portable so these socks have been knit on car journeys, on the train and whilst walking the dogs – although I did have to take a seat to kitchener the toe, remove the waste yarn and pick up the heel stitches at one point.

The final pair did sit a while waiting for the ends to be sewn in and to be blocked but they’re now all done and I think they make a nice gift.

These socks really converted me to afterthought heels. It has taken me a while and a bit of tweaking to get an afterthought heel that I feel comfortable with, but increasingly they’ve become a feature of my sock knitting. I love hand knit socks, but living in a place where socks are required for at least 9 months of the year if I have any hope of amassing a functional hand knit sock wardrobe then they have to be knitable in any circumstances. For example, this year most of my socks have been knit whilst walking the dogs, indeed so much so that I even started using #dogwalkingsocks and posting pictures of my socks on Instagram as they were being knitted in the park and at the estuary.

In facts it’s been quite a year of sock knitting, there may even be more gift socks on the way…

2 thoughts on “Socking it to Christmas : Gift knitting Pt 1” 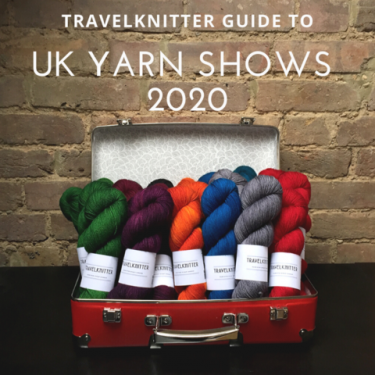 There’s such a range of yarn shows across the UK and this handy list by Travelknitter covers most that I’m aware of, and certainly so many more than I’ve been to. Larissa’s list has clickable links to all the festivals listed. My own experience is limited to Woolfest, Yarndale (both previously local to me) and … END_OF_DOCUMENT_TOKEN_TO_BE_REPLACED 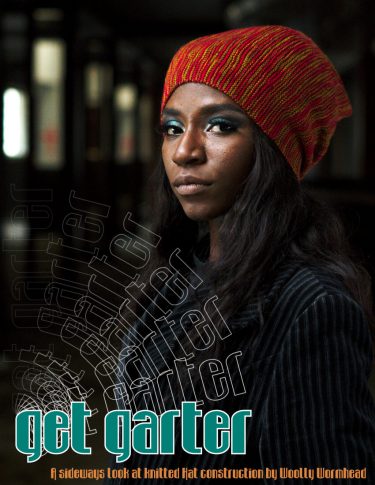 If you’re looking for a treat this weekend, maybe you should check out Get Garter, the new ebook from Woolly Wormhead, which I can’t help but feel is going to become something of an instant classic. It combines Woolly’s talent for innovative construction, great fit and styles to suit all, with all the support and … END_OF_DOCUMENT_TOKEN_TO_BE_REPLACED 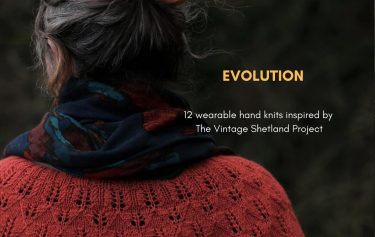 Evolution is the result of ongoing inspiration from Susan’s most recent Tour de force, The Vintage Shetland Project, which I’ve knitted for and from and blogged about at some length previously. Susan, via her newsletter, explains the relationship between the two: As I worked on The Vintage Shetland Project, I naturally found inspiration at every … END_OF_DOCUMENT_TOKEN_TO_BE_REPLACED

Todays #dogwalkinglife featured this amazing #beeorchid - I've always particular loved these orchids named for the insects they mimic. Strikingly flanked by these vibrant yellow trefoil. #orchid #orchidea #wildflowers #birdsfoottrefoil #orchidsofinstagram #wildflowersofinstagram #mimesis #orchideeditoscana #photobombedbyanaphid
Lichen sorting. Before lockdown I was collecting fallen lichen on our regular dog walks. During, we've been walking an alternative, limited and lichenless route ☹ Today I 've died to sort what I have before we hopefully resume our longer walks. I'm pretty confident telling my bushy lichens apart including ramalina and evernia and I have a little usnea, but apart from parmelia I need to work on my leafy lichens... What fabulous potential. #foundlichen #lichenfancier #lichendyeing #lichen #lichensofinstagram #ramalina #evernia #usnea #parmelia #lichens
My niece just instagrammed her breakfast which included some crispy bacon and it got me thinking about the contents of my frying pan... So here you go @instachlo93 No bacon here just some early morning stovetop yarn dyeing with food colouring and kool aid. In the pan is the pink yarn from the second slide that I'm hoping to get closer to the burnt orange to hold then together for a #teas tee from @_.annajohanna._ Taking part in #stashless2020 means I'm working with my stash in a much more considered and thoughtful way, discovering new patterns and loving what I'm making. I've also learnt that monogamy makes for quicker FOs- who'd have thought it - and so does knitting garments without sleeves 🤔 #knitstagram #homedyeing #stovetop #stovetopdyeing #yarndyeing #knittersofinstagram #cobwebyarn #knitting #homemadewardrobe #handmadeward #slowwardrobe #koolaid #yarnforbreakfast #veggiebreakfast
Today's walk around the field was brightened by this wild onion flower #alliumstellatum The light was perfect. #wildflowers #allium #wildonion #eveningwalk #dailycolourfix #walking #naturalmentalhealth #lockdownpleasures #wildflower #pink #bloom #wildflowersofinstagram #flowersofinstagram
Today, in the rain, I ventured beyond the house/garden for the first time in a fortnight and how well I was rewarded. This is a spider orchid Ophrys sphegodes. It caught my attention because it really looked like there were insects at work, but no, it was the flower itself. The wind and rain made if difficult to photograph on my phone but I felt this needed to be recorded. #orchid #spiderorchid #ophryssphegodes #orchidsofinstagram #orchids #wildflower #nature #hedgerow #hedgreowflowers #noticenature #tuscany #orchidea #orchidee #orchideeditoscana
I'm joining the #ranunculus party with my very own #ranunculussweater, pattern: @knit_cafe_midori I've paired @habutextiles 1/12 silk mohair with a deep stash vintage 2ply shetland laceweight. The orange and blue tweedy flecks in the vinrage yarn echo the amber and steel highlights in the silk mohair beautifully. Oh and whhst a speedy knit. #dailycolourfix #knitstagram #mohair #silkmohair #deepstash #vintageyarn #stashless2020 #knittersofinstagram #doubleit #stashdivechallenge2020 #lace
This wee chap isn't the brightest of his kind in the garden, but he did oblige me by staying still long enough for me to take his picture. #lizard #wildlife #wildlifegardening #neon #green #dailycolourfix #neoninnature #lizardsofinstagram
It's that peony time of year and I am so ready for it. I've feared for these peonies with the late frosts we've been having but they've proved yet again how such delicate beauty can be combined with hardiness. I wonder why I need to learn the lesson that vulnerability and strength can happily co- exist rather than compete so often, but it feels like a timely reminder. These will be my #dailycolourfix for as long as they bloom. #peony #peonies #bloom #peoniesofinstagram #flower #gardening #everydaymomentsofwonder #slowbeauty #pink #stunning #garden #pink
When a knitting lift is needed Elizabeth Zimmermann is generally there. It's been a while since the last baby among family and friends, and therefore last BSJ... This was always my go to pattern and so I embarked on this with great enthusiasm before realising it was going to be a little big... So it sat for ages, until this weekend when I needed a quick win. All this adult garment knitting means finishes are few and far between. I picked it up and realised I didn't like where I'd put the buttonholes in relation to a colour change so pulled back three ridges, re-knit them, re-did the buttonholes, won a game of yarn chicken with the paler green and picked up and cast off in the darker green around the neckline and around all the live body stitches, sewed in my ends, sewed on the buttons, and voila ! A year to the day when the baby it was originally conceived for was born, this little baby sweater was finished... #knitstagram #elizabethzimmermann #bsj #babysurprisejacket #knittersofinstagram #babyknits #FO #slowwardrobe #babyknittiing #wool #babyknits #slowknitting #freetheneedles